When approaching the hill on which is perched the marvelous and solitary manor of Castel del Monte that overlooks the solemn stillness of the Alta Murgia, one has the feeling of being in front of something mysterious, perhaps because of its octagonal shape that distinguishes it from any other fortress or for the legend that it is the treasure chest of the Holy Grail.
Who had conceived and built this marvel declared as a World Heritage Site in 1996 by UNESCO?

The lack of documents has brought up speculations on the various theories on the nature of the Castle, on its date of construction, on its founder and even on the intended use.
Among the various hypotheses, the most established is the one that believes that the Castel del Monte was built by Frederick II of Swabia; in fact, carefully examining the edifice, one realizes how much a strong imprint of his thinking and his personality is present.
A figure of great culture, temperament and spirit of initiative, Frederick II surrounded himself with intellectuals, excluding the high feudal nobility. The Emperor studied with passion and rigor the classics, science, mathematics and astronomy; a knowledge that seems to be reflected in the large manor project, where nothing is left to chance.
Castel del Monte has an exceptional universal value for the perfection of its forms, the harmonious blending of cultural elements from northern Europe, from the Muslim world and from classical antiquity. It is a unique masterpiece of medieval architecture that reflects the humanism of its founder.
The octagonal design of the castle and the repeated use of the number eight, in the various architectural components, has freed the imagination of scholars, fueled by the magic that is released by the obsessive application of geometric rules in every element of the building.

Stairway connecting the first and the second levels

To visit the inside of the castle, one must follow a specific path.
Through the imposing main entrance, of coralline breccia, one enters into a first room and into another adjacent room, through which the internal courtyard is reached.
Throughout the castle, only three rooms have direct access to the courtyard; these are large rooms with windows and French doors through which natural light enters.
Access to the upper floor is via three spiral staircases inside three towers situated on the outer corners of the octagon, the other five towers house the cisterns and the toilets equipped with lavatories and washbasins and perhaps connected to a bath tub for personal hygiene, following the widespread practice in the Arab world.
On the first floor, there are eight large rooms aligned with those of the lower floor, but the rooms are much brighter, thanks to large openings on the surrounding landscape.
The windows are set on a base made up of seats, reached by climbing a few steps.
In the eight rooms on the upper floor, there are a total of seven bi-mullioned windows and a three-mullioned one. The three-mullioned window faces the north and looks toward the city of Andria that Frederick called “fidelis”, meaning “faithful” and where, in the cathedral crypt, the  Emperor’s two beloved wives, Jolanda of Brienne and Isabella of England, are buried.

The whole length of the visitor’s path inside the castle is conceived as a journey toward purification, beauty and truth. This concept is taken from the Arabic tradition; in fact, just as in Arab temples, all the portals in the manor are decorated only in the part that the visitor sees as he passes through them, the part that the visitor leaves behind is very simple.
Moreover, a choice of settling the entire project on the number eight is highly symbolic because if eight is read horizontally, it represents infinity, also the corresponding geometric figure comes from a combination of circles and squares, symbols respectively of heaven and earth and thus, of the Divine and of man.
Thus, the castle would represent the transition from the finite to the infinite.
There is no doubt that Castel del Monte is much more than an artifact that contains architectural quotations from various sources; it is also a symbol of human knowledge where mathematical laws, geometric, astrophysics and evolution of celestial bodies merge into a single uninterrupted stone body.

For guided tours of the castle, as well as for information on the beautiful temporary exhibitions, please see our website http://www.casteldelmonte.beniculturali.it/ 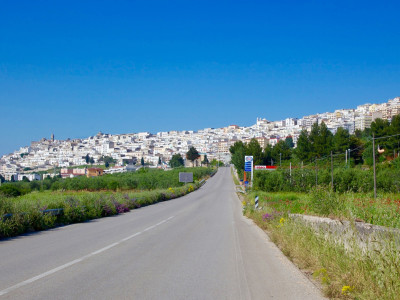 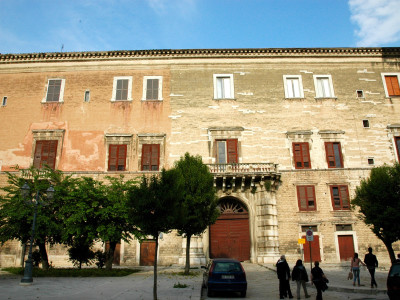 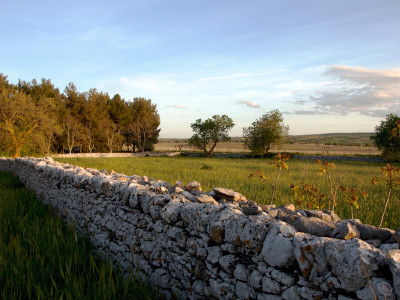 Spending a day out walking and enjoying the sun and clean air is a cure-all for the health and the spirit; then if one has... Leggi tutto
Leggi tutto 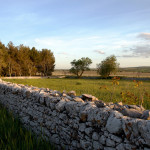